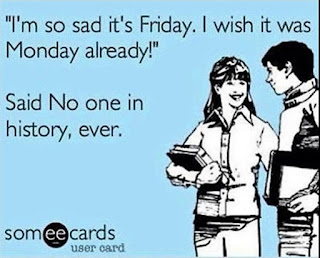 I don't know about you, but I got a little tired trying to keep up with who was staring down who, and who was or wasn't blinking, and stuff like that.  Let's take a look.

Covington Catholic had a down and up week when a video appeared to show their #MAGA hat-wearing, women's rights-protesting students engaged in what appeared to be a racist, tomahawk-chopping, chanting in the face of a Native American elder and Vietnam War veteran.

Even their diocese pounced on them, promising a full investigation of their behavior.  And then, more video cropped up, and the race to condemnation turned away (somewhat, but not completely) from the kids and onto the vet, and more particularly onto the media.

There was lots of condemnation to go around on this one, for sure. In the end, the kids were not the instigators; the veteran was of the Vietnam War era, but never served out of the country, and the media? Well, yeah, there's still plenty of condemnation for them, all around: for the original reporting, for being too slow to respond when additional videos were made public, for their treatment of the Native American elder, for their interview with the start of the protest, and for their explanations and apologies, or the lack thereof.

No one was happy, I think - or, maybe I should say no one should be happy.   I expect the students will be invited to the White House, as survivors of the war on religion AND the war against the #fakenews.

But someone definitely had a worse week than the entire city of Covington, Kentucky.

I'm pretty sure the president didn't have a good week, although he'll never admit it. I'm sure, to him, it was all just a whole lot of winning.

Let's review:
All of this led to a what was, for all intents and purposes, a mini SOTU address today in the Rose Garden.

Trump,wearing his trench coat while most of the administration folks were just in their suits (sort of a January version of walking through fire for the president, or something), recited his litany of ingredients of the 'crisis' at the border AND provided us again with his dark view of the country, with criminals and murderers and rapists running amok, AND of course, slamming Democrats in the process, because he can't help himself,  BUT he agreed to reopen the government on a continuing resolution until February 15th.

And, I guess, if he and Ann Coulter and Rush Limbaugh and the Heritage Foundation and the Koch Brothers and the NRA and Lindsey Graham (R-White House) and Newt Gingrich and Mother Pence aren't happy, well, you'll see.

If we don't get a fair deal from Congress, the government will either shut down on February 15th again, or I will use the powers afforded to me under the laws and the constitution of the United States to address this emergency. We will have great security. And I want to thank you very much.

Except Nancy Pelosi, of course. No thanks to her.

TGIF, everyone.
From the mind of Sue Drummond