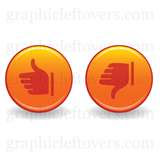 
“Voters in the 24th congressional district should brace themselves for an eight week barrage of television and radio commercials – positive and negative – paid for by the candidates, the parties, and independent expenditure groups.”
After seeing at least five, possibly six ads during the last half-hour of the local news tonight, I can assure you the barrage has begun.  And here’s why.
Democrat Dan Maffei and Republican incumbent Ann Marie Buerkle are in a dead heat to represent the district in the House. That’s right: a dead heat for two candidates who fought long, hard and ugly in 2010, only to have Buerkle declared the winner by fewer than 700 votes.  Both candidates are carrying baggage from that fight, from Maffei’s one term before being unseated, and from Buerkle’s first term – and that baggage shows in the poll results.
Consider these numbers:


Favorability: Maffei leads this one, with a 49% favorable/37% unfavorable, compared to Buerkle’s 44/44.  Maffei had a higher don’t know/no opinion number, 14% to 11%.
Reach: Both candidates have reached out – a lot. 63% of those polled had seen a Maffei ad, been contacted by the Maffei campaign, or both. On the other side, it was 65% who had seen a Buerkle ad, been contacted by her campaign, or both.  This number is sure to increase.


So all these ads we’re seeing – twice as many this week as last week, by my estimate – are all looking to sway a very small percentage of the district’s population.  I almost wish those folks would all go to the Carrier Dome, watch the ads and listen to the propaganda together, then talk amongst themselves. Once they made up their minds, they could wave a white flag, and security could escort them out and let them go home.
Meanwhile, back in The Valley, I could enjoy television the way it was intended, with commercials for miracle kitchen supplies, car dealerships, personal injury law firms,  fast food restaurants, and prescription drug companies.

From the mind of Sue Drummond